Why Should You Choose Unity 3D for Your Game Development Project

HomeiGamingWhy Should You Choose Unity 3D for Your Game Development Project

The gaming industry is massive and lucrative. It is expected to reach $256.97 billion by 2025. Undoubtedly, investing in game development is an intelligent decision. However, to make the most out of this investment, you must come up with a powerful and enthralling game. This requires you to opt for the best gaming tools and technologies like Unity 3D. Many industry giants have already embraced Unity 3D game development and winning gamers’ hearts with top-notch games. In fact, many of the game apps on Google Play Store and app stores are developed using Unity Game Engine.

Unity 3D is an excellent gaming platform offering a plethora of useful features that enable developers to create highly interactive games. Using an advanced game engine like Unity 3D you can not only outperform with your game venture but also attain great success.

Still not sure about choosing Unity 3D? Don’t worry, we can help you make a wise decision. This blog will help you get acquainted with the Unity 3D game engine along with its amazing advantages.

What is Unity 3D?

Introduced by Unity Technologies, Unity 3D is the most popular and powerful game engine across the world. It is used to design and develop engaging games for different platforms including gaming consoles, desktops, smartphones, AR, VR, and more. It is a widely preferred game engine for iOS and Android game development. Unity 3D provides game developers with a range of features, which enables them to transform almost any game idea into reality, regardless of the complexity. Not just gaming, but other industries like automotive, engineering, film, etc. have adopted Unity 3D.

Due to the enormous benefits and perks offered by Unity, it has been the leading choice of many entrepreneurs and businesses in the gaming area. Let us see some widely popular games developed using Unity 3D.

What Makes Unity 3D Stand Out from Other Game Engines?

Now, you must be curious to know why Unity3D is the most sought-after game engine. Here is a list of some vital benefits offered by Unity 3D, which makes it stand out from other platforms.

The thriving community of Unity game developers makes your journey easier. Over 2 million designers are using the Unity engine and the number is growing rapidly. You can get seamless assistance and support from this huge community to ensure the successful completion of your game development project. You can share your problems anytime with the developers and get them resolved efficiently. If you are looking for testers or designers then the Unity gatherings will be of great help.

One of the biggest advantages of using Unity 3D is you can develop, manage, and deploy games for multiple platforms and devices, such as iOS, Android, consoles, Macs, Tablets, and more. With this perk, you can build games for users using different types of OS or devices, which indirectly helps you expand your brand reach. Unity offers easier porting to the next level compared to other gaming engines. Every game level has exciting elements that you can be transported to the next level to make it more exciting.

If you think that Unity 3D only develops 3D games, you’re wrong. It allows you to create engrossing games for mobiles, PCs, and consoles too. The implicit 2D motor available in Unity 4.3 allows you to build mind-blowing 2D games with amazing features.

Easy to Learn and Use

Game development might be a difficult subject, but using a gaming engine like Unity 3D can’t be. Unity 3D comes with a simple learning curve and easy-to-use features. One can use the platform effortlessly without requiring assistance from a supervisor. Developers can easily use various aspects of the platform to create amazing games.

Unity game engine comes with an in-built asset store that can be accessed easily. It provides game developers with all the essential and pre-designed assets for developing impressive games. Developers can access 2/3D animation renders, 3D models, tutorials, and more things for efficient game development.

What makes Unity 3D a favorable gaming engine for developers is the availability of plenty of learning materials and tutorials. New or amateur game developers can start their game development journey without any glitches. They can get acquainted with the Unity3D platform easily. With the help of video tutorials and well-documented materials, novice users can learn and master game development skills.

If you are planning to develop a multiplayer game, then Unity 3D can make your job easy and efficient. It provides you with various features and assets to build engaging multiplayer games for different platforms. Solstice Arena, War Attack, Archewood, Pay Respects, Rush Team, and many other popular multiplayer games are built using Unity.

Unity 3D can help you make the most out of your game development investment by offering you useful and accurate analytics. You can access useful insights about the game to develop a better game app and improve the gaming experience for the players.

How Betfoc can Help you with Unity 3D Game Development?

Seeing all the above benefits, it is worth using Unity 3D for your next game project. With the best technical assistance from experienced developers, you can build highly engaging games. Betfoc is one of the leading Unity 3D game development companies that can provide you with the best assistance. Our game developers have an extensive understanding of the Unity engine and other advanced gaming technologies, which enables them to offer industry-leading solutions.

All You Need to Know About Keno Game Software Development

A Guide To Build Successful Casino Mobile Game App in 2023 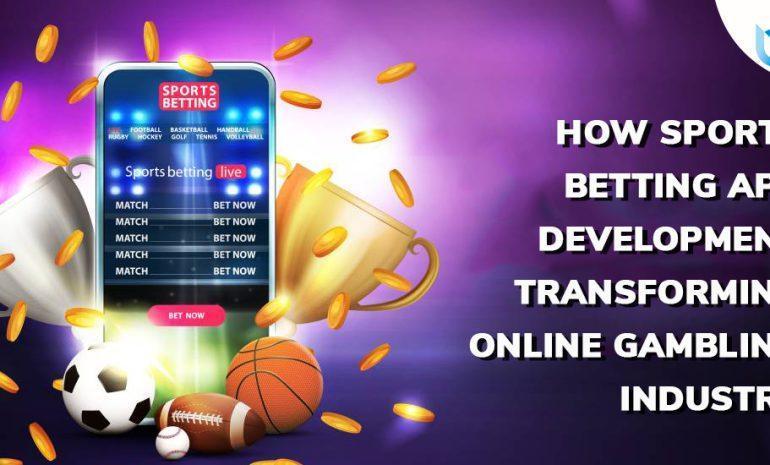